Do I Need a Heater Core Flush? 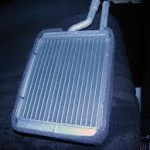 Hey Austin, I got a question about the heater in my older model (1999) Chevy Truck. The heater is not as hot as it used to be and my mechanic suggested I have the heater core flushed out. What the heck is he talking about, and will it help?

That hot antifreeze is circulated through the core as the fan blows air across it. If the core is stopped up with rust, it will decrease the flow of antifreeze going through it, thus less hot air inside the vehicle.

To test to see if your core is stopped up, grab hold of those two heater hoses with your hands once the engine reaches it’s normal 210 degree operating temperature. Both hoses should be HOT. If one is cold  and the other is hot, or drastically not as hot as the other then the core is probably stopped up.

You can remove the hose from the core under the hood and use a water hose to run water through the core and try and remove the rust. They also sell a flush kit at your local auto supply that has a flushing agent that helps to remove the rust buildup. With this kit, you will cut one of the hoses and install a hose adapter that easily attaches to your garden hose. 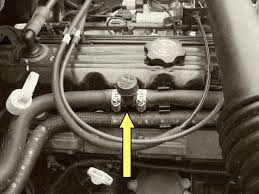 If BOTH heater hoses are cold, or just luke warm I would first make sure the radiator is completely full of antifreeze. If it is, then I would replace the thermostat and take a cheap guess to see if that solves the issue.

If you still don’t have hot air then I would look for a restriction in the radiator causing low antifreeze flow to the heater core. Your heater needs a constant supply of hot coolant to produce the hot air.

BTW, the heater core in this vehicle is very easy to replace in about 1 hour or so.

This video shows you how to do a heater core flush yourself if you want to try it .