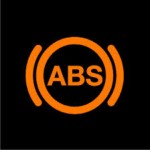 I need major help! I have a 2001 VW Jetta VR6. A week ago my wife was driving around town and the ABS, Traction Control, and Air bag light came on. She tried to start the car after she got done whit her errands and nothing. So I jumped the car got is home and the whole way the car would send a warning on the INFO panel.

Alternator Workshop! So I changed the alternator;(I had the battery checked as well) every thing was good to go for about a day until again the ABS,etc. lights came on. Same thing wouldn’t start. The next day I got another reman part installed to specs.

Ran fine for a day. I went to start it again tonight. The battery light came on and the car almost didn’t start. So I drove it around the block a few times to see if the battery needed to be charged. I turned the car off and tried to start it again. Nothing. If you could help in any way it would be greatly appreciated.
Thanks
Brian

At first read I would say “replace the alternator” but since you have already done so twice, I would suspect either you purchased 2 bad alternators OR you have another issue.

I would first do an electrical test on the charging system, and this should be done ON the car, don’t take the battery out and have it tested….take the car to the shop and have them test the electrical system for a “drain”, load test the battery and check the alternator output.

Please share this with your friends,
Austin C. Davis

3 Comments on "ABS Traction Control and Air Bag Light On"