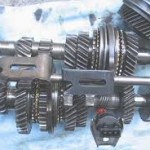 I was just told today that I need a transmission overhaul on my 2000 Hyundai Elantra. I bought this car last year with about 130k on it. In that time I have replaced the power steering belt, had a tune up and replaced the radiator.

Oh and also a ball or hub bearing thing on the front right tire. When I bought the car the guy I bought it from said he had recently flushed the transmission fluid and put new brakes on. Don’t really remember if anything else had been done but did remember there being records of regular maintenance.

About 2 weeks ago I had the radiator replaced again because it was leaking and I had just had it replaced in maybe march. My mechanic said it might have been faulty or whatever and replaced it for free. So about a week later my check engine light came on. It was a holiday and I was away from home so I had to wait till the following day.

However when it first appeared I didn’t notice any change in the car. On the drive home which is about a 40 minutes drive it felt like there was less power when I pressed on the gas but the car would still go and when I got on the highway I was doing maybe 60 or 65 because I didn’t want to push it and break down too far away from home, any way at that speed my rpms where at like 4 and stay there.

Usually they go back down after I accelerated but it did this time. Kinda felt like I was pushing the car to hard. Next day I take it to my mechanic he checks the codes and gets P1624 and P0734. First code is just a general code saying the trans is sending a code the other was Gear 4 incorrect gear ratio.

My mechanic said he hoped it wasn’t my trans but check my fluids and sad I was out of trans fluid. He cleared the codes told me to come back if the check engine came on. So later that day it came back on. Dropped if of to home the following day and he said he really wasn’t sure could be a sensor or a solenoid or maybe the trans and he would have to send it to the guy he deals with.

Gave back to me for the weekend. Drove it around and I could now feel it downshift when I would come to a stop. This was new and just started. and also just started to feel a slight jerk sometimes when I was just cruising not accelerating. So it went to the transmission place yesterday and my mechanic gave me the news that I need and overhaul.

And I will he will get an estimate tomorrow and we will go from there. I’m just not sure I’m sold on this because even my mechanic said my car was driving bad. But he trust this guy and has been doing business with him for years. So wondering your take on it. I just want to make sure I’m not getting one pulled over on me.
btw my car has 140k on it now.

Also not sure if this is relevant or not but my air hasn’t been working like it should. They said it was something with my compressor but I’m not really concerned with that. And another odd thing I never had checked because I just assumed it was my brakes. Anyway when I would stop after a high speed it would break hard, like it would jerk the car.

But it wasn’t as if I slammed on the brakes I was slowing down. But when this would happen I could kinda tell if I released the break and then but my foot back on it would be as bad. And it’s not the way I’m braking because I have been driving for a long time and this has never happened.

Thanks for your time and hope you can give me some insight.

Well, hummmmm, seems to be a few things eating on this car.

The transmission issue, this does sound like a low fluid type of problem to me from what you have told me so check the fluid level first. If its low, there must be a leak somewhere that will need to be repaired.

Depending on how long you plan to keep this vehicle, you might also want to get a price on a used transmission from a junk yard, then just about any mechanic can install it for you.

You usually can buy a warranty from the junk yard. I would not recommend this if you plan on keeping this vehicle a few more years, but a good option for a short term fix.

If the mechanic says it does need an overhaul I highly recommend you get a second opinion from another mechanic before you do anything, and call around for prices on the overhaul repair as well.

The brake issue, this could be a “warped rotor” issue, meaning the metal disc that the brake pads grab onto is not smooth and balanced anymore. When you step on the brake does the steering wheel shake in your hand, or can you feel the brake pedal pulsate up and down on your foot….worse at higher speeds???

If so, I would ask your mechanic to inspect and “true” the front brake rotors or see if they need to be replaced.

The A/C, hummm, as long as the air coming out of the vents is COLD, I would assume the compressor is ok. If the air is cool but not cold as it should be, then you might be low on Freon and the mechanic will need to add some and see if that helps.

You have a potentially expensive list of items here, make sure the rest of this soon to be 13 year old vehicle is in good shape before you spend more money.