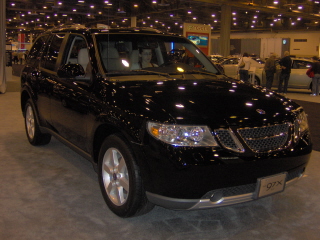 The 2007 Saab 9-7X is a five-passenger SUV. The body style is based on the GMC Envoy and Chevy TrailBlazer, with appointments and features to make it look distinctively like a Saab. For example, the ignition switch is in the center console between the two front seats in traditional Saab style. 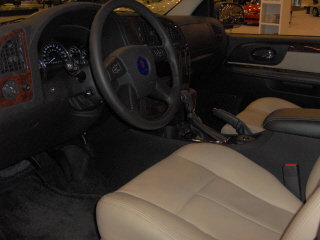 Other interior upgrades, such as French-seam contrast stitching on the leather appointed seats and a metallic-framed instrument panel that resembles a cockpit, give the 9-7X a much more luxurious feel that you’d find driving a Chevy SUV.

Expect a stiffer ride than you’d experience in an Envoy or TrailBlazer, but you’ll be compensated with a great deal more responsive handling and performance. The 2007 Saab 9-7X SUV is designed with a Saab-tuned sport chassis and automatic all-wheel drive. As expected, it has the Stabilitrak® vehicle stability management system, anti-lock brakes, limited slip rear differential, and a rear air-suspension load leveling system.

Saab has included quite an impressive list of amenities as standard features for both of these 2007 Saab 9-7X SUV models. Here is a partial list of what to anticipate: 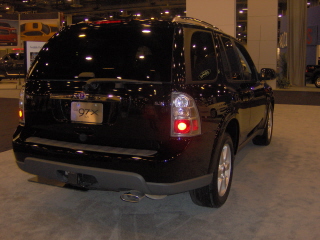