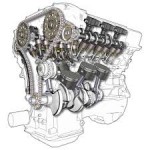 I hope you can help me. I have a Oldsmobile mini van. When the van did not start, we had it towed to our mechanic & he replaced the fuel pump with a GM pump. With in one week we had same problem, van would not start. He said computer showed bad fuel sensor, which he replaced.

My mechanic now believed the intermittent problem was in the wiring harness. I took the van home, dropped the fuel tank, started van with tank down, climbed under wiggled wires, twisted wires, unplugged plugged wires back in. He could not get van to stall except when unplugging fuel pump.

Up till this point we only had a problem with starting van. Either after sitting awhile or after running into bank (5min)Van would start again after pounding on gas tank. I put tank back up & drove van.

No problems approx.2 weeks and van now stalls while driving sometimes it will restart after hitting tank or just waiting 10- 20 minutes.might stall again after driving a few minutes or might go a week before stalling again.After last stall I disconnected fuel lines under drivers door cranked engine several times,got no fuel.

Put back together and kept trying to start finally did.Ran fine again.took back to mechanic,this time he said it did not start & he checked for power to fuel pump said there was none,replaced a sensor,van started.

I picked up today,van stalled again,after trying to start several times it started again.have not had any more problems today.Any ideas? Thank you for your time. P.S. when van runs drives perfect & engine runs great.

Wow, it does sound very unusual and I have a few doubts as to the diagnosis as well.

You say this , “would start again after pounding on gas tank”, then you say this “& he checked for power to fuel pump said there was none” which one is it???

Hitting the gas tank will cause the fuel pump to vibrate and can help “jump start” a weak fuel pump…BUT if you don’t have power going to the pump in the first place, hitting the tank will not do anything.

Sooooo, I really think you either need to get a detailed explanation of what is happening…either no power to the pump, or no output from the pump, and you might want to consider getting another mechanic.

This plastic holder broke and would not hold the pump under the fuel, so the pump was basically floating around in the tank. We had to replace the tank to fix the problem. This MIGHT be the problem since you can hit the bottom of the tank and the pump works, or you got a string of bad pumps??? BUT if you don’t have power to the pump…a floating pump is not your problem

To properly test a bad fuel pump, when the engine is in no start mode, you check for power to the pump and relay, if you have power then check for fuel pressure with a pressure gauge hooked up to the fuel rail on the engine.

If you did not have power to the relay or pump, then start backing up, test ignition switch, computer drivers, wiring etc. etc.

I think you probably have an easy fix, but your mechanic might be ruling out a few things that he really needs to go back and test…like is there power to the pump or isn’t there.