Car Air Conditioner is Not Cold at Stops or Idle 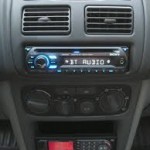 Hello Austin — Just read your article about A/C troubleshooting It was well written and even brought flashbacks of my undergraduate thermodynamics classes (mechanical engineer).

The reader’s symptom’s were identical to the situation that I’m in and based on your recommendation, I plan to verify that my fans are working. Last year, I had my mechanic refill my refrigerant in my Nissan 200SX after my DIY attempt leaked most of it into the atmosphere. It helped improved things from where they were (always blowing hot air) to where I’m at now (hot at idle only).

The only difference that I’m encountering from your other reader is that I can get the air to cool down at idle if I rev the engine up to 3krpm. It’s not as cool as cruising speeds (probably due to improved heat exchange from airflow) but it’s notably better than at idle.

Does this suggest a fan problem or something worse?

Thanks for your help.

Hi there Mick, how are you?

I would say you are probably LOW on Freon OR the electric cooling fans are not working. Revving the engine does two things, the belts turn the a/c compressor faster which pumps more Freon throughout the system, and the radiator fan pulls air across the condenser, which is what the condenser fan should be doing.

Revving the engine also circulates more coolant throughout the engine and cooling system which will bring the engine temperature down, and improve air conditioner cooling capability.

If the engine is OVERHEATING, the air conditioner performance will suffer greatly, so rule that out too.

A system that is low on Freon, will cool ok at higher rpms, but not very well at low speeds or stops. Check the electric fans, if they work…check the Freon level, you might be just a can or so low. Of course, if you are low on Freon, you probably have a leak in the system somewhere which you might have to repair if the leak is substantial.

Most vehicles these days have 2 electric fans up at the radiator.

1. For the radiator and cooling system and will come on and off as the engine temperature fluctuates.

2. An Air conditioner condenser fan, which comes on when the A/C compressor is running. This fan is vital for air conditioner performance at slow speeds and stop, so verify it is coming on.