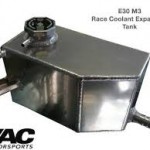 We recently took our Kia Sorento into have the oil changed and all fluids checked and topped off. Yesterday while in idle waiting for a light my coolant reservoir popped! I thought it had blown a hose because the coolant was leaking every where with little smoke and the cap was still on. But after removing the tank we found a giant crack along the bottom of the tank and the plastic was warped.

The local dealers service was able to install a new reservoir and refill the coolant and assured me the coolant cap must have been to blame for causing too much pressure in the tank, we got the OK so we left. After about 20 min of driving the yellow check engine light is on and remains on after several starts of the engine and there is a faint fast paced clicking.

The service provider was full and recommended we run the engine thru a cleaning at a local car wash and then see if the light persists while waiting for our appointment tomorrow morning. Stating that
the leakage may have caused deposits of fluid on the belts or sensors.

Do you have any suggestions as to what may be causing the engine light, and clicking. And can you shed any wisdom as to what would cause the reservoir to pop? I am only slightly mechanically inclined and do not want to miss something that can potentially lead to serious problems.

Hummm, interesting problem which I have not seen yet.

I would first rule out the possibility of a faulty radiator cap that is not allowing the cooling system to vent, thus building up pressure and causing the coolant overflow tank cap to blow off. Usually the upper radiator hose will also swell very large when the coolant system is not venting properly.

So get the engine to normal operating temp and see if the upper radiator hose swells in size from its cold state. I would bet they removed the cap, so make sure the radiator cap is in good shape and is installed correctly.

A stuck thermostat could also cause this issue and not allow coolant to flow properly in the system, thus build up too much pressure and blow off the over flow cap.

Another thing that comes to mind here is a faulty electric cooling fan motor up near the radiator. The fan should come on and off at slow speeds and at idle to cool down the engine. The fans should be ON when the A/C is on, but it should cycle on and off as the engine temp rises. If the fan is not coming on it will cause the engine to overheat and the coolant will boil over into the overflow tank.

You did not mention overheating, but make sure to watch the temp gauge on the dash as you let the engine sit at idle with the hood up so you can see what is happening. If the temp is rising past normal, check the radiator fan to see if its running. You might have 2 electric fans, one for the engine coolant and one just for the A/C system, so check them both if you have 2.

The engine light could be coming on due to overheating or the electric fan not operating properly. I would not drive this vehicle in this condition, overheating the engine could be very costly.

Start ruling things out yourself if you can. Make sure you do not see any loose connections or wires that might have been accidentally pulled off during the oil change and inspection.

2 Comments on "My Car Coolant Overflow Tank Cap Pops Off"