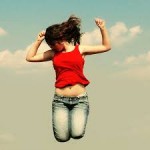 Recently, my battery went dead in my Chevy S 10 Blazer. I tried to jump the car off several times with no success. I purchased a new battery and realized that my interior lights won’t turn off. Its not the rear light switch cause I know about that trick.

I unscrewed all the lights to keep the battery from dying. The Blazer still wouldn’t start for a couple days. The truck was stuck at my work. Later, I just happened to try again and it started. I thought everything was fine. I drove the truck around that day with no problems.

Then all of a sudden it failed to start again and hasn’t moved since. I do notice that after a period of time if i attempt to start it it sort of wants to, then goes back to just turning. Any thoughts?

One other thing, i was looking at the fuse box, removing fuses when i got to the horn/dim fuse. While trying to replace it sparks flew and blew the fuse. I went to change it again and more sparks flew but i did manage to replace it anyway.

So to understand your complaint…you turn the ignition key to the start position and the engine turns over, but won’t start? “Turns over” meaning…the engine makes noises RRRRRRRRRRRR and tries to start it just won’t ignite…is this correct?

OR do you turn the key and NOTHING happens, no sounds and the engine does not turn over?

On the interior lights staying on, have you checked the dimmer switch on the dash (the little thumb wheel) to make sure it is not in the on position?

Get back to me

Sparks fell from behind the dash?? Or just at the fuse box when you installed the new fuse, which could be normal. If they came from behind the dash…you might want to crawl under the dash and give each wire a slight tug, maybe there is a cut in a wire or something that is easy to spot and repair????

On the no start complaint, I would look at the fuel pump first. A shade tree test would be to have someone hit the underside of the fuel tank with their fist of rubber hammer WHILE you are cranking the engine over. This can jump start a weak fuel pump.

A bad ignition module and pick up coil and or ignition coil can also cause intermittent starting problems like you describe. These parts supply the spark to the spark plugs. You really need to check and see what is missing from the equation: fuel – spark and compression is what is needed to start the engine. You are probably missing either the fuel or the spark.

Please share this with your friends,
Austin C. Davis