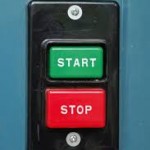 I’ve had good blessings working on Nissan’s and they are really good cars, but this one has me stumped

I recently drove to California in my Nissan Altima and everything was running fine. All of a sudden (about 3-4 weeks later after arrival), my car just shut itself off in mid transit. For a week and a half I didn’t know what was wrong. I checked the battery and the cells were bone dry. I put water back in the cells and everything seemed fine

Another 2 weeks, I have the same problem except now the car would not start up at all. After 4-6 times, it would again. I thought that my battery was completely bad, so I went to Autozone and got a new one.

When I put the new one in, the car still wouldn’t turn over. It wouldn’t stop in mid transit anymore, but still takes 4-6 times to turn over. I researched the battery and came up to the conclusion that the battery I purchased has 525 cold cranking amps and the standard for the car is 575.

Also, when I had a diagnostic ran on the car, it read that the crankshaft censor was the issue. If I take it to Nissan, that is $300 to fix. Other than that the car runs like a dream. I find it hard to believe a car would malfunction a little over two years.

I’m stymied, can you help me

Thanks for your email. I am a little confused here as well, but let me say this and see if this helps you determine which direction to go in.

When the engine dies (while you have been driving) AND the there is NO battery power to turn the engine over, you most likely have a battery, alternator or bad battery cable connection type of problem.

If the engine looses battery power while it is running…it stops running and the battery will be totally dead and you will either need to jump start or boost the battery to get the engine to turn over again.

If when the engine dies as you are driving, AND there is still battery power to turn the engine over and over again to try and restart the engine, then you probably do have a crankshaft position sensor or some other type of sensor type of problem and the size of the cold cranking amps of the battery will have no bearing on this type of “no start” condition…because you have battery power you are either missing fuel pressure or spark to the spark plugs to start the engine.

So to recap, if when the engine dies…and there is NO battery power, I would suspect a bad battery, alternator or bad or loose connection at the battery cables as the problem.

If the engine dies and there is battery power to turn the engine over, then you are missing one of the other main ingredients to start the engine…fuel pressure and spark to the spark plugs.

The crankshaft sensor controls spark to the spark plug BUT I would not run out and replace that sensor until you get a qualified mechanic to diagnose this complaint for you starting from scratch. And AutoZone is not a good place to have this type of diagnosis done, I would prefer the dealership.

One last thing. A crankshaft position code will probably be stored in your computer anyway because the engine died while driving…so the sensor itself might not be at fault it was just doing its job and reporting the error. The codes need to be cleared from your computer memory and the sensors need to be retested.

Oddly enough, the crankshaft position sensor was the EXACT problem. I took the car to Pepboys this past weekend (was just driving by and decided “what the hell”) and explained to them what I just told you.

I had them run a diagnostic test on the car and the crankshaft sensor was malfunctioning badly. They replaced it with the new one I just brought. The part plus the service was all together was $88.0O. The old sensor was oily and sandy (probably due to the mechanics hands).

51 Comments on "Car Engine Dies While Driving – Hard To Restart"