Car Battery Goes Down As I Drive 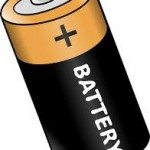 I bought a Honda Civic Si with 188K. Drove 40 miles everything fine then gauges went dead, engine started to bog in any gear (manual) then engine died. I was told to keep the battery disconnected because something is eating the battery power.

If you wait 10 min and reconnect, engine starts up again no problem, after 10 min dies again. What is this, alternator? Distributor? Or bad battery? What should I try first?

Thanks so much for your time!

So what can you do to start narrowing things down and ruling stuff out?

The first thing I would do is run a complete electrical test on the vehicle as follows:

3. Check for a drain…is something electrical actually draining the battery of power

4. Check the battery cables and connections – are the tight and clean

5. Check the alternator belt – is the belt loose or slipping

So can you do any of those steps yourself, or can you have your mechanic check into them for you? I would recommend you at least install a new battery, clean the battery cables and see what happens with a known good battery. That might be all that is wrong with the car. I have seen many batteries just fail, out of the blue with no warnings at all.

I kinda feel you might have an alternator problem, but I would also bet your battery will not pass a load test with flying colors either.

3 Comments on "Car Battery Goes Down As I Drive"